In the previous blog post, we learned about the nature of desire. When our desires get blocked in ways we don't like, we experience the worldly passion of anger.

If someone or something stands defiantly in the way of our heart’s wishes, we become indignant and our blood begins to boil. Not getting our way for an extended period of time results in a full-blown fury.

When we're ticked off, we lose so many important things because of our own anger. For example, getting mad at relatives, loved ones, coworkers, or friends can result in the loss of a valued relationship, support, or contact.

On a grander scale, when countries get angry at each other it can escalate into war or military conflict. Even religious groups can clash ferociously, despite a mutual aim toward greater good.

When our deepest desires become disrupted, it can lead even people with the best intentions to argue and turn to violence.

It’s all because as humans we are constantly pulled, twisted, and spun around by our worldly passions. As these desires become increasingly denied, our rage mounts all the more.  Even though this anger is destructive, poisonous -- even toxic to us -- we persist with furrowed brows and clenched fists as if it were the only way.

There’s a short story on the nature of anger I'd like to paraphrase from the book Unshakable Spirit (pg. 20-21).

Once there was a very rich household. The owner had a servant who would take care of all the meals, laundry, and other various domestic affairs. On his estate, there was a farm with various kinds of livestock including a large number of sheep.

In the afternoon, one of the sheep managed to sneak its way into the kitchen and eat all the foods that the servant had prepared for the evening’s meal.

Upon hearing the bad news, the owner yelled at the servant, blamed him for not securing the kitchen, and insulted him for failing at performing his duties.

Feeling humiliated, the servant began looking around for a place to now take out his anger. His eyes landed on the offending animal who had been wandering around outside. Without thinking, he ran to the fireplace, got out hot coals, and hurled them onto the poor sheep.

In a state of anger, we feel strongly justified within ourselves to do anything we want and begin to lose all sight of our own faults. During this time, all we can see is the wrong that others have done to us.

Now taking out your rage on an animal is certainly morally wrong, but we still perform similar actions in fits of anger in our daily life. Examples include throwing the cell phone down after hearing bad news, slamming our car door, or throwing a stack of papers up in the air. Although these acts may seem harmless to us at first glance, any kind of uncontrollable anger can become like a spreading wildfire that leads us to do more outrageous and reckless things later on.


Getting back to the story, wool is known to be very flammable. So in the case of this poor sheep, its coat immediately caught fire once it came into contact with those hot coals.
In times of great stress, humans and animals alike have a desire to run back home for comfort. So the sheep, naturally, went fleeing back into the barn where all the other sheep were resting.

As soon as that unfortunate sheep made its way in flames into that barn, all the other sheep began to catch fire one by one. Within a short time, the entire barn caught fire.

The sparking flames fanned out toward the owner’s house, and gradually everything began to smolder into just ash.

Anger begins in thoughtlessness and ends in regret.

The seeds that we choose to plant in our own mind are what manifests into our own misfortune. At the very source of our mind we can find greed, and this greed flows directly out of our worldly passion of desire. As our greed continues to thrive but becomes blocked for some reason, the resulting conflict lights the fuse for our worldly passion of anger.

"One person's anger spreads out in waves without end. Know that anger is the enemy, and patience is the foundation of long-lasting peace. He who expresses anger with his mouth is an inferior man. He who grits his teeth and does not express his anger is a middling man. He who shows no sign of anger even when he is boiling with rage is a superior man."
(Excerpt from Unshakable Spirit, pg. 21)

Our thoughts will still cleverly try to spin us into thinking that if we don't get more upset, we’ll end up losing more. But this useless way of thinking doesn't serve us. In fact, it can only bring us more harm.

The opposite of anger is patience.

We gain so much more with a calm, enduring mindset during turbulent times. As we will see in the next story, it's actually in your best interest to keep your cool.
"A certain Swiss philosopher was famous for his even temper. A woman who worked as his housekeeper for 10 years swore that she never saw him so much as frown in anger.

One time a prankster offered to pay her if she could make her employer, a friend of his, lose his temper. The housekeeper thought and thought, and decided what to do. Her master liked his bed neatly made, so she deliberately left it unmade. The next morning she fully expected a reprimand, but he only commented, smiling, 'Say, last night when I went upstairs, the bed wasn't made.' 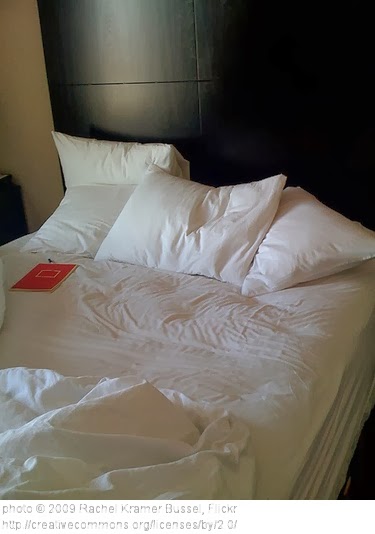 One night wasn't enough, she thought. The next night she left the bed unmade again. In the morning he said, 'You know the bed wasn't made last night either. You must have been busy. Make it tonight, will you?' But she didn't.

On the third morning the philosopher summoned her to his study and said, 'I see you didn't make the bed again. You must have your reasons for not doing it. Anyway, I've gotten used to making it myself, so from now on I'll take care of it.'

The housekeeper had expected a thorough dressing-down. At this show of generosity, she broke down, fell at her employer's knees, and sobbed out the whole story, begging his forgiveness. The philosopher never left off smiling. He bore this undeserved ill treatment with admirable patience."
(Excerpt from Unshakable Spirit, pg. 19-20)
Patience is a very good deed to practice. It benefits not only you, but those around you greatly. In Buddhism, this is known as the concept of "Benefiting Others Benefits the Self." The gain in giving to others becomes more evident once we understand the universal truth taught within the Law of Cause and Effect.


Our own deeds bring our own results.

Even when we know this wisdom from the sutras, defiance of the Law of Cause and Effect still remains at the deepest part of who we are. In the next post, we will discuss further the next worldly passion of ignorance.
Posted by mirrorofdharma at 3:31 PM 2 comments: