Law of Cause and Effect -- Buddhism Essentials

If Buddhism is like a tree, that would mean that the Law of Cause and Effect is like the roots and the trunk of that tree.

If the trunk is cut or the roots are severed, the tree would die. Likewise if you don't understand the Law of Cause and Effect, you won't get what the teachings of Buddhism are all about.


First, the word law used in Buddhism is different than the traditional use of the word in the court system.

By Buddhist definition, a law is a truth that never changes within the Three Worlds and the Ten Directions.

The Three Worlds consist of the Past World, the Present World, and the Future World.

The Past World represents the time before we were born as a human being.

The Present World spans the time from our birth to our death in this lifetime.

The Future World is the eternity following death.

Our life flows eternally through these three temporal worlds of the past, the present, and the future.

Looking through a closer lens, the world of the past is not only our countless past lives but also last year... yesterday... an hour ago... and the breath you just let out.

Similarly, the world of the present is this year... today.... this hour... and your current breath.

Then the world of the future becomes next year... tomorrow... the next hour... and the next breath you take in.

Moving on to the Ten Directions, they are North, South, East, West, Northeast, Northwest, Southeast, Southwest, Up, and Down. This is a very thorough way of saying everywhere.

This makes the Law of Cause and Effect valid at all times and in all places.

Now laws in the United States do not necessarily apply in Japan or the United Kingdom. Drivers in these island nations must obey a traffic law which requires them to operate their cars on the left side of the road. Here in the U.S., however, we drive on the right side of the road. 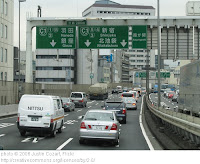 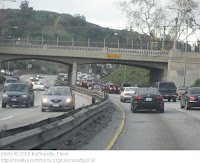 Both are a law in each country, yet each gives opposite instructions on what is the proper way to drive. Depending on where you are in the world, laws are subject to the differing viewpoints of the people living in that country.

As the years roll on, laws can change. Many of them can come into question or be challenged as society progresses. Laws fluctuate based on the perspectives of the public at the time.

But since the Law of Cause and Effect never changes and is always valid in all time and space, it is universal truth.

So now let's move on to define the terms cause and effect.

A cause is the reason that leads to an effect.

An effect is the result from a cause.


The Law of Cause and Effect is the energy force behind why things happen, when they happen, and who they happen to. Every event in the universe has a cause. There is not a single effect that has ever occurred without a cause, even though sometimes we falsely think that things can happen without cause.

For example, let's say an aircraft in flight suddenly crashes into the ocean.


Search and rescue teams are dispatched to comb the waters for survivors, but there is not even a trace of the plane or its flight data recorder (the black box).

When this happens, the cause of the accident is said to be unknown. But just because there is no evidence of the cause, does not mean that there is no cause.

The Law of Cause and Effect states there must have been some very real reason that made the plane crash. The pilot could have gotten sick or have steered accidentally into a storm. There may have been unforeseen engine trouble, or the plane may simply have ran out of fuel.


Just because it is unexplained to us or we can't figure out why does not mean there is no cause. Every phenomenon in the universe, no matter how strange, has a cause. Never in a million or even trillion cases can there be an effect without cause.

Sakyamuni Buddha taught us that the most important thing for us to consider about our future is this relationship between cause and effect.

The Law of Cause and Effect

Good cause, good effect.
Bad cause, bad effect.
Own cause, own effect.


Here the word "cause" means an action, and "effect" means an outcome.

Buddha revealed the Law of Cause and Effect to us so we can see that we determine our future by our own choices now.

Even if a farmer hits his head and plants seeds without knowing what kind they are, he can tell instantly what kind of seeds he planted by what grows there later. 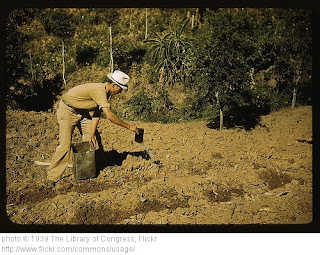 "Oh, I must have planted watermelon seeds here!" he exclaims upon seeing the watermelon.


In this way even though we don't remember what seeds we've planted, we can tell by the results we currently receive in the present.

Some may challenge this and ask, "Wait, but can't good causes lead to bad results sometimes?" OR "What about bad causes leading to good results?"


The answer to both these questions is: NEVER!

According to the Law of Cause and Effect, we are always the ones who determine our own destiny, for better or for worse.

When we hear terms like fate, destiny, and fortune, they can often be misleading because they imply events are fixed in advance by other forces. But in Buddhism, these words still represent the effect created by our own past choices.

That's because the forces of nature, our lives, and everything in the universe operate by the Law of Cause and Effect. This absolute principle is the universal truth, always and everywhere, without exception to anyone.

We all want the good life, and we all of course want to avoid bad times. The Law of Cause and Effect reveals to us that the good or bad choices we make in every, single, given moment make or break our future moments.

It is completely up to you to decide your own fate. And all you have to remember is...

Find out more about the Law of Cause and Effect and the role of condition in the next post.

Posted by mirrorofdharma at 6:07 PM